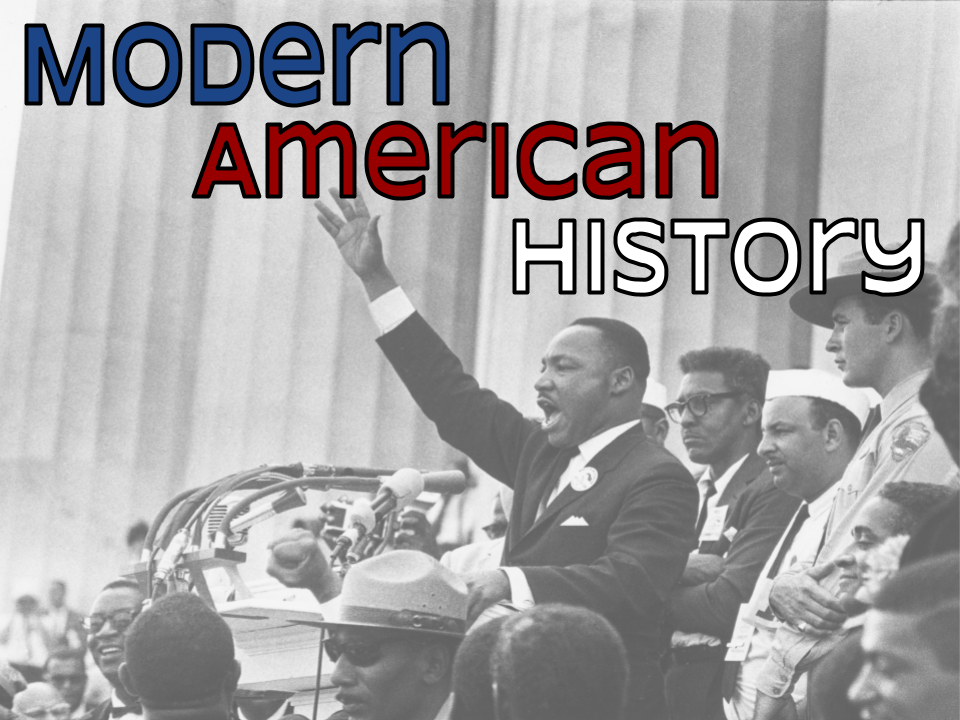 Modern American History is a one semester elective that involves the study of America’s social, political, and economic history from the mid-twentieth century to the present-day. Topics include the Korean War, the Cold War, the 1960s, the Vietnam War, New Feminism, Watergate, the fall of the Soviet Union, the September 11th attacks, and various political developments of the 21st century. Students will develop skills in critical thinking, collaborative projects, class debate, and public speaking. This semester-long elective course is available to 10th-12th grade students.

Sorry, but there was nothing found. Please try different filters.